I have great admiration for the movie "Good Night and Good Luck", and it made me curious about Edward R. Murrow (he started out with the moniker "Egbert", and I blame him not for dumping that one.) Joseph Persico's biography of Murrow gave me a lot more understanding not only of the man who was so instrumental in creating radio and television news, but of the period in which he lived and the influence he has still on how we perceive and receive information via broadcast media.

It has the feel of good research -- copious quotes from others who knew the man, historical background on events of the period (but not so much as to divert attention from the subject), and authorial insight and opinion that is carefully marked out as such, which gave the feel of good conversation. Far from a dry recitation of facts, Persico gives details that bring scenes to life and calls on enough people who witnessed what Murrow did and had opinions about him to give a very well rounded picture of this complex human being. The book was really enjoyable as much as informative. While Persico repeated certain items about Murrow -- his pride, his private nature, his pessimism, his conflicting drives -- each time it seemed those essential features were described interacting with a new situation and resulted in a new facet being revealed.

Although most people remember Murrow (if they recall him at all) because of the movie and the McCarthy exposing episode of "See It Now" which it featured, that particular important episode did not dominate or overshadow the book. Murrow did far more than that, and had more pivotal career moments and crucial events in his life. His work during WWII and Korea, his almost one man effort to create a true news service for CBS, his own activities to help European intellectuals excape fascism -- all of these form the bulk of the book and are equally if not more important. If not for them, the McCarthy episode would not have happened.

I can recommend this book as solid, engaging reading to those interested in either broadcast history, media history, or Murrow himself, as well as to those who'd like to round out their knowledge of the US in the first half of the 20th century.
at 9:59:00 AM No comments:

After a couple of months of dealing with the pains and trials that go along with having very long hair (aka hair that extends below the waistband of most of one's clothing), I finally cut off enough to donate to Locks of Love. Here is the pictorial evidence. 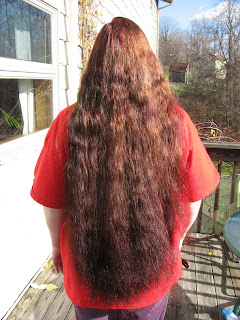 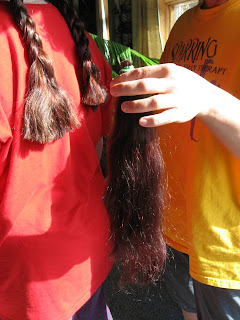 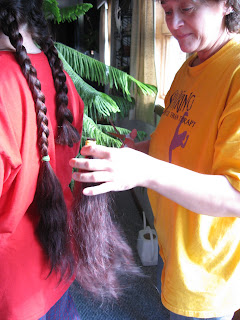 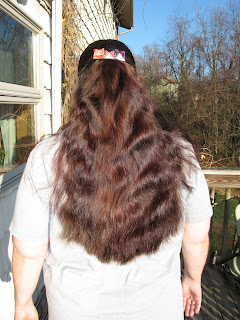 Email ThisBlogThis!Share to TwitterShare to FacebookShare to Pinterest
Labels: Life in General 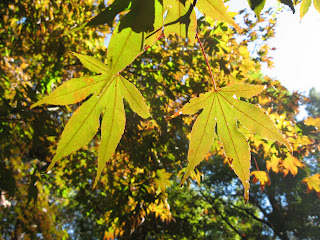 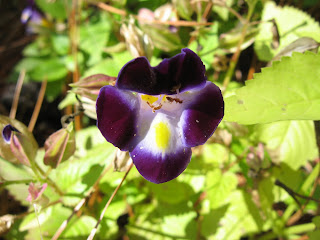 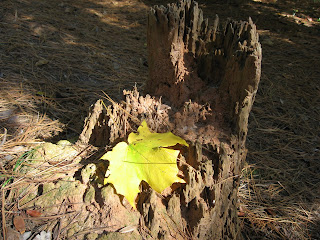 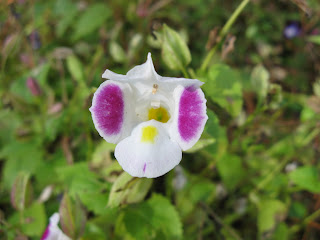 I made another stab at NaNoWriMo. I got into a story, just writing to write, and by about 5000 words I was well sick of it. I fiddled with what I'd made, pushing it and pulling it, but nothing would make me like the characters I'd made, the world I'd found, or the situations I'd devised. The premise wasn't too horribly bad -- a young man with a strong belief in science and "progress" (in the 19th century sense of the word) meets up with a long existing group of people who use magic in the same way he uses technology, during a war. The world incorporated a lot of early 20th century/WWI ideas and imagery. The young man had caused the death of a child while trying to sabotage the enemy soldiers who had occupied his village during the war. The magicians, who had lost their political power during the rise of industrialism, were using the war as a way to get back into power.

And I was heartily uninterested in anything about it. Oh, I could have plotted it out and plodded through, but the characters were as flat and pasty as cold oatmeal. Bored. Bored bored bored.

So, I stopped. I figured I'd dive back into one of the unfinished stories I have -- plenty of that. Then I just wiggled around, trying to reconnect to it. Now I'm just struggling to re-establish the very practice of writing. Well, struggling isn't so much a proper word. I'm trying to re-establish the habit of it, since the driving impulse isn't there, and needs to be nurtured into existence again.

So I'm writing crap. It's like composting. You have to pile up the garbage and let it rot for a while. Then you can ladle it back into the soil, plant seeds, and see what happens. Compost takes time to make, though, and you have to keep adding to it. So, I'm composting. It smells.

It's also well and truly fall around here, with strong hints of winter every once in a while. Took forever for the trees to change, but the color is marvelous. Of course, now that everything has caught the hint, it's raining. The trees could be background for Persuasion. Anne Elliot would love them.

So, that's where I am and what's happening. Still knitting -- will have to post a few pictures, I know, to prove it. Busy at the UU. Losing weight (22 lbs down as of Sunday. 80 to go.) Holidays hurdling in. Cats being cats. The Husband still in suspense about having a job and getting into the PhD program he wants. We are still working on turning this house into a home, trying to develop a reasonable social life, and not let the laundry pile up.
at 11:06:00 AM 1 comment: