Tonight I went to see Reclaiming the Blade, a documentary about the loss, recreation and revival of the Western Martial arts centered on swordfighting. It was really quite good. Not as in depth as perhaps the more knowledgeable among you might like, but it covers a good bit of ground, including movie and stage fight choreography. The DVD (of course I bought it) has 4 extra hours of footage and information.

It was premiered here because the producer is a Clemson graduate and several portions were filmed in and around Clemson University.
at 10:48:00 PM No comments:

Email ThisBlogThis!Share to TwitterShare to FacebookShare to Pinterest
Labels: Cultchah

To me, from Me, with Love

The Day of Silence on Friday was interesting. Since I don't talk a lot (except to cats) at home, I figured it would be more significant if I were silent online, so I didn't post to any of my usual haunts. I did go READ, however, since that would be the most like remaining mute in a more normal social surrounding.

I got angry a lot. Just being forbidden to respond to anything was enough to make me very angry most of the day. I didn't need much reason to be angry at anything or anyone. Just knowing I could not respond, that I was silenced and would not be heard, was enough.
at 9:59:00 AM No comments:

Tomorrow I will be observing the Day of Silence by not posting to any of my usual blogs, forums, or social sites.
at 10:31:00 PM No comments:

The pieces are still drifting.

I've come to a conclusion for my own actions. I'm not going to give Amazon my business.

Why? The way I see this, it's a huge gaping hole of customer service.

I've have relatively few problems over the years with Amazon. Oh, a couple of bumps -- an item sent to me incorrectly that I wanted to return to them, but that they would never arrange for me to return, items shipped incorrectly or late, things like that. Over some 14 years of dealing with them, nothing ever happened to completely discourage me. In general, I could get what I wanted from them without much trouble. Friends didn't have such luck, or were more sensitive to the errors -- I dunno -- but I heard more stories about what amounted to lack of customer service.

Then, as Amazon became THE online e-retailer, I started hearing more and more from writers I follow or knew about the importance of being on Amazon. It made sense -- giant online retailer, you want to be there. Brick and Mortar stores had buyers and limited shelf space, but Amazon didn't have those limitations. They sold everything, right? If you looked, you could find it.

And we had the Kindle appear and things got a little more complicated. Not every book would be converted for the Kindle, you know. Amazon could pick and chose what would be available to Kindle users. That bothered me. Amazon now had more influence over what could be published than a seller really should.

Now, this "ham handed and embarrassing catalog error" takes place, threatening many authors and setting both authors and customers on edge. Did we hear anything from Amazon? Not much. No "We realize there's a problem and we are looking into it" or "Amazon has no intention of removing LGBTQ authors from searches as a policy; we are having a problem on our end and we will correct it." So many things they could have said on Sunday would have headed off this fuss.

They didn't say one of them.

And that is "fuck you, gimme your money" customer service. I don't want any of it. Amazon still has some competition out there. There are other booksellers, online and local, who will offer to do more than sell me a book. They will treat me with some respect, and TALK TO ME when there is a problem. They realize that I have choices and can take my money elsewhere.

So, byebye, Amazon. I'll be clearing out as much of my personal information from you as I can today. You don't deserve my business. I'll let you know when you do.
at 10:50:00 AM No comments:

Email ThisBlogThis!Share to TwitterShare to FacebookShare to Pinterest
Labels: Newsish

Hubpages has probably the best over view of the situation I've seen yet. I've been collecting other links all day, and waiting for Amazon to finally speak about it. However, the longer they stay silent, the less inclined I am to believe the least horrible possibility -- that Amazon's ranking system was exploited and trolled. Here's a list of the links I've read and collected today.

http://markprobst.livejournal.com/15507.html (update from the author who started it all)


Most people are going with the idea that this is an Amazon policy targeting the LGBTQQI communities. A few are offering other suggestions, and some are recommending waiting to find out more. Almost all, though, suggest Amazon is shooting itself in the foot by not making any statements, apologies or explanations. Even if in the end Amazon is demonstrated not to be making such a huge policy mistake, their system has caused injury to many many people and they need to apologize.


Update: Now someone is backing up tehdaly's theory with a 'confession' of epically asshole proportions.


And now, that the claim is so much narcissistic bullshit.

Email ThisBlogThis!Share to TwitterShare to FacebookShare to Pinterest
Labels: Newsish

Have you caught the weekend furor over Amazon's "new policy" of "deranking" publications it deems "adult content"? It seems this is now Amazon policy, but it is not administered in an even handed manner (as discussed by some of the posts below). Deranking means a publication does not show up in general topic searches nor comes up at the top (ranking shows how many copies of a publication have sold compared to all others, basically popularity). Titles for GBLT publications, with or without explicit sexual content, seem disproportionately 'deranked' compared to other forms of 'adult content'.

Read these links for more information.

There are more and more posts popping up everywhere.

I believe that a retail organization has the right to sell or not sell whatever it likes. What bothers me about this particular move is that Amazon is still selling these publications (and making profit from it) while at the same time refusing to treat the books as it does any other publication. It has not taken the option of, say, marking publications as "adult" and giving consumers the option of not SEEING these in their search results (giving consumers the choice) but has done this rather arbitrary thing to, supposedly, protect the consumer.

I really didn't know I needed protection like this, myself. Does it really protect anyone, or just penalize authors? Is it censorship or a response to customer demands?

I've canceled my advance orders . I had some feedback to send to an Amazon vendor, in which I indicated I was no longer looking for books via Amazon. I sent an email expressing my thoughts on the matter.

I am very disappointed in Amazon's recent "de-ranking" policy for supposed 'adult content' publications.It is ill conceived at best.Even the intimation that a retail outlet of Amazon's status and influence is indulging in any kind of censorship is heinous.If you do not wish to sell such publications, do not sell them, but do not attempt to profit from them while at the same time refusing to treat them as any other publication, creating a sort of 'ghetto'. Such "protection" is mere pandering and hypocrisy, shameful in what was once a respected Internet business.

I have not yet canceled my account, but I am considering it seriously.The loss of just my business is meaningless, but I shall do my best to encourage others via my blogs and contacts on reader-friendly sites.

I'm not sure about the source of this -- is it policy or a very selective 'glitch'? Either way, I think it's very questionable behavior from Amazon. Barns & Noble, here I come!
at 10:01:00 PM No comments: 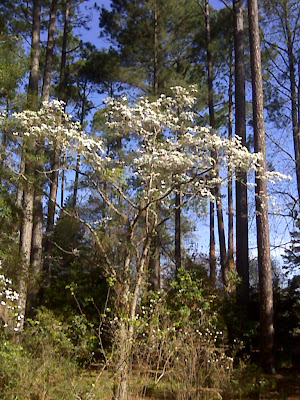 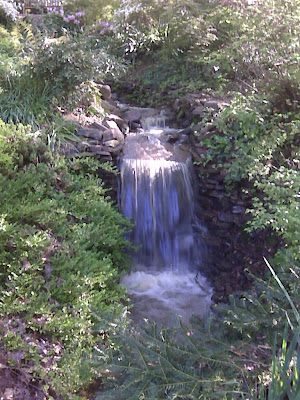 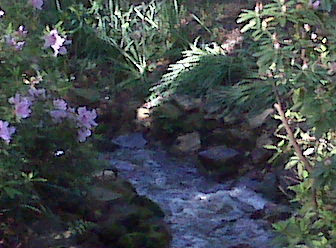 Well, if I'm going to maintain my ability to walk, I have to go to physical therapy and DO something about my knees. I have to talk with this tiny, sweet faced 20 something with off-blonde hair and blue eyes. Bless her, she didn't once call me either "Ma'am" or "Honey". She's going to make me exercise.

So, twice a week for the next few weeks, a variety of simple yet tiring exercises, and news that my kneecap tries to head for my hip when I walk. Well. Wandering Kneecaps.

If this works well and my kneecaps straighten out, good. I won't be in braces for ever. If it all works and my knees still hurt, the next step is surgery. Ok, we can deal with that. Otherwise, I'd better start looking at a stair lift or get butt bumpers, because that will be the only way I travel.

Also today, we are getting another cold front, complete with thunder storms and a chance of tornadoes. Wee! Must be spring in the Carolinas.
at 10:27:00 AM No comments:

I'm All Out of Nice

Life is fine, spring is trying its best. 41 this morning which is plenty cold as far as I'm concerned, what with all my winter stuff packed up. I wore shorts one day this week.

Trees and flowers are blooming everywhere. It's sunny and windy, then it's grey and cool, then it's rainy and cold, then...well, you get the idea.